Class is in session 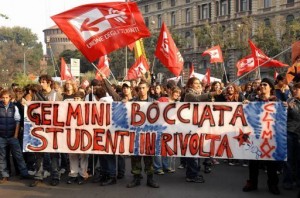 Meanwhile, the first week of school last week meant tons of education reform excitement in Italy (as well as less posted from your chronicler).  Yes — a subject that usually makes most Americans huddle and cry while as vaguely-defined horrors like state-mandated testing and No Child Left Behind is actually exciting in Italy. This year, Minister Gelmini has halved the number of teaching positions. Official state-certification bodies at all major universities continued to pump out teachers in droves till just a few years ago. The intelligent reader sees where this leads — lots of teachers sitting at home, waiting for a substitution assignment.  I should point out for the unaware that Europe’s university system, far more specialized than America’s liberal arts-organized model, is less tolerant of job-switching.  (Doubtlessly there’s something cultural to this as well.)  The upshot is that in the last couple of years, the level of opprobrium directed at Minister Gelmini — who is, incidentally, a lawyer and not a teacher by training — has moved from the graffiti-laden walls near student quarters to the headlines.  In her somewhat feeble defense, I usually say that this is to avoid the sort of public sector glut that crippled Greece.  But there’s no question that it could’ve been handled better — like by closing the certification schools a few years earlier, or at least limiting enrollment. 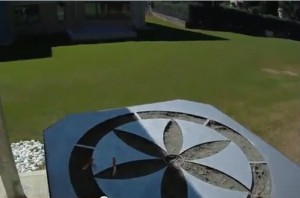 Last week’s other interested drama was a private school in Adro, in nearby Brescia that festooned its entryway with the “Alpine Sun.”  There’s a particularly prominent one at the entryway to the school.

Apparently it’s just a ‘cultural symbol.’ Of course this doesn’t take into account that the school is named after a prominent member of — guess what party?  One that just coincidentally happens to use the Alpine Sun as the main symbol of their made-up country.  Let’s compare. 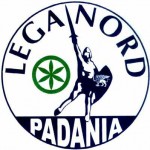 Adro’s mayor, Oscar Lancini, has been at the center of this debate.  Not entirely surprisingly, he is also a leghista.  Gelmini has come out and told him to order to have the symbols removed from the school.  He’s saying today it will cost 30 thousand euros.  The whole idea of branding teenagers with your political party’s symbol would just seem pathetic if, as I try to highlight on this blog, immigration in Europe were not such a pressing issue.  I’ll keep you posted on how it plays out.   Gelmini, linked to Berlusconi, is playing a risky game by coming down hard on Bossi, of course, lest he go the way of Fini, but I’d like to think it’s inconceivable that she not endorse this move.

As a side note, the left, in their predictably opportunistic fashion, is trying to make educational spending an issue, without really saying much other than ‘time to roll up out sleeves.’ 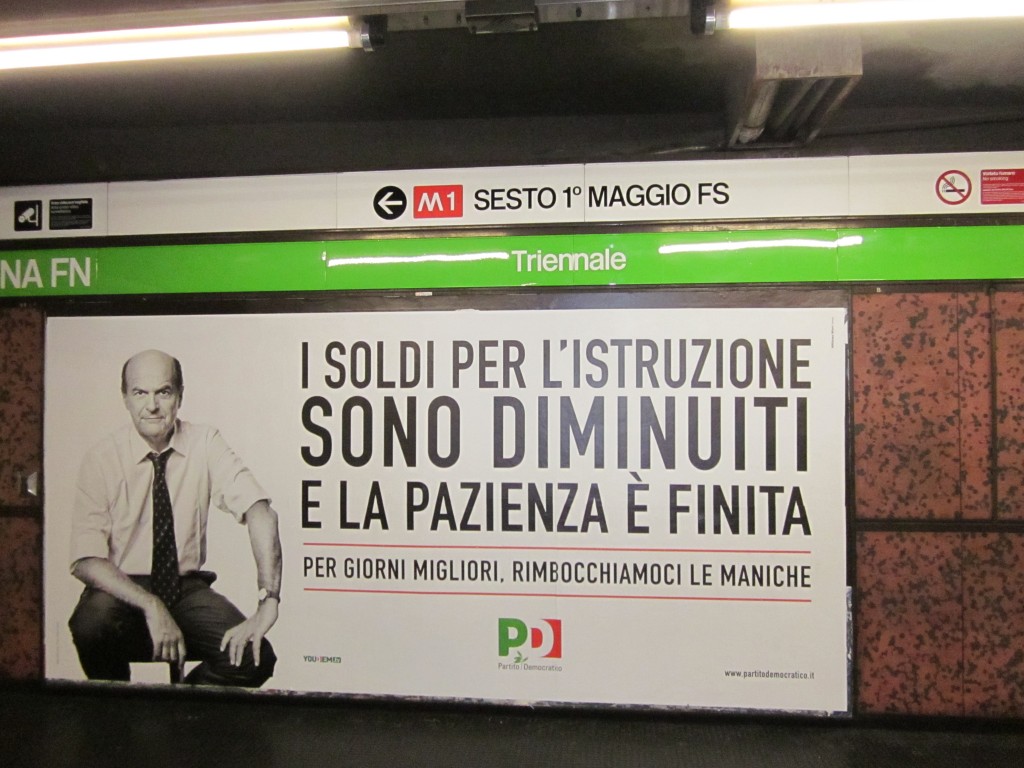 Ok, money for education is shrinking, you're out of patience, you're rolling up your sleeves, and -- what next?