Evergreen – On Another Dimension in Indiana 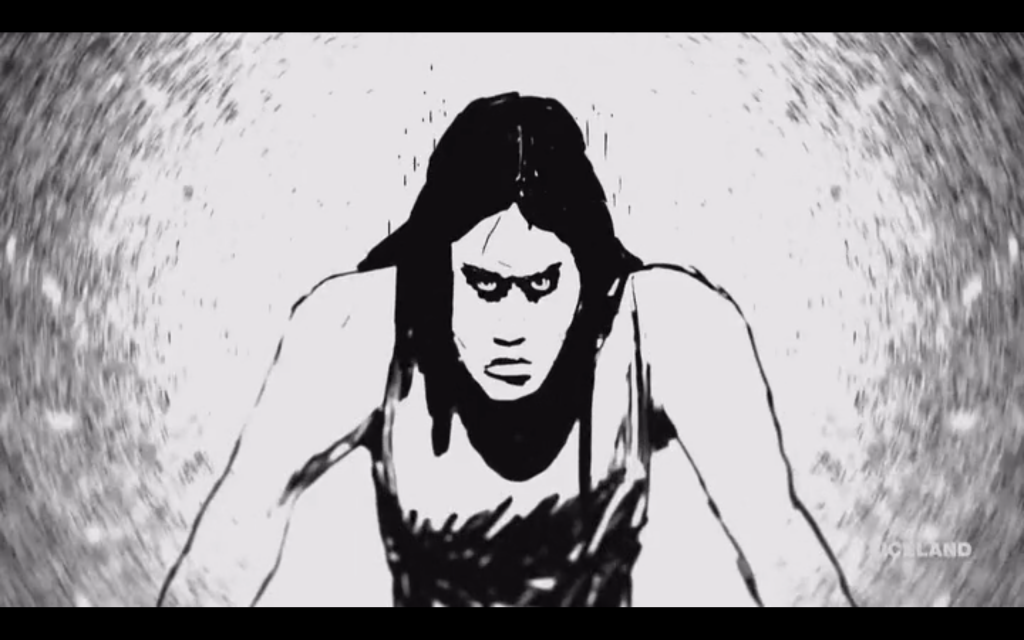 Sean McLoughlin as rendered by Caleb

Several years ago, I wrote about an Evergreen show at the 1995 St. Francis Battle of the Bands at the Grand Theater in New Albany in which drummer Britt Walford (Slint, many others) was lifted off the throne, practically still playing. I was thrilled to see that Vice’s Party Legends features an episode with Dave Pajo that re-tells that story with animation. Sandwiched between segments talking about wild and decadent L.A. parties, once again, little Louisville punches several classes above its weight. Pajo’s description of Walford also gives the episode its title — Britt was, in those days, as so many of us were, “clearly on another dimension.” Pajo’s portion starts at 11:15.

I remember the cops pulling Britt off the kit. Pajo remembers that it was band members Sean McLoughlin and Tim Ruth. His version makes a bit more sense, because I clearly remember everybody meeting up later at the “Dixie House” — the ramshackle two-bedroom house on the outskirts of Louisville where Sean lived with Richard and Joe from Wino. Had it been the cops, then Britt likely would have been in a cell. [Update: one of the “hardcore partiers in town” who was there wrote to say that he clearly remembered that it was the cops who pulled Walford off the kit. They then just stared at him, and he took off. This jibes with my recollections as well. I’m trying to imagine that happening in today’s world of police-civilian interactions.] I also remember taking some alternate route away from the Grand to the Sherman Minton Bridge. Today’s kids will take solace in the fact that they’ll have far more bridges to choose from when running from Indiana’s finest — which I hope they’ll have occasion to do.

Pajo does conflate a bit the straightedge bands and the scene. (I don’t blame him.) The band that played and that he is talking about is Metroschifter, but there were far worst offenders in onstage preaching — I can’t not mention Endpoint’s Rob Pennington and Guilt’s Duncan Barlow. But Metroschifter frontman Scott Ritcher was the one to make a couple of bids for entry into local politics, first as mayor in 1998 and then as state senator ten years later.  The animation is a good composite of the blather endemic to straightedge sub-scene at that time. Post-high school, for me, anyway, the sanctimoniousness of Minor Threat-inspired hardcore had started to wear thin. Although a lot of girls were certainly into it, its puritan ethos seemed to contradict the whole rock ‘n’ roll spirit. 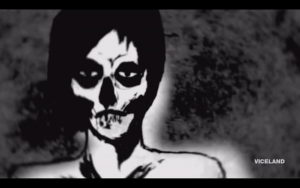 I don’t know much about animator Caleb, but he did a great job capturing details like the wild look in Sean’s eyes, Britt’s lack of facial expression and determined drumming, the pompousness of the preachy straightedge bands, and in general the vibe of a show in the middle of nowhere over two decades ago. Kudos to Caleb. The music is also well done, with strains of what sounds like live or practice versions of Evergreen’s “Klark Kent” and “Petting the Beast” running over Pajo’s re-telling.

Hat-tip to Richard for hipping me to this episode. I’m a bit out of the loop about such things.

4 Responses to Evergreen – On Another Dimension in Indiana