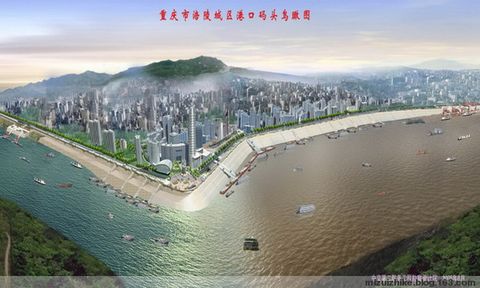 Peter Hessler was a Peace Corps volunteer in Sichuan in 1996-1998 and his book chronicling his life there, River Town, is an excellent Peace Corps memoir. Even though I can’t think of a place more different from Macedonia, where I served, than China, he still has many of the same or similar experiences living in a remote, rural and developing place. River Town is also highly readable; one can knock it out in a day or two, despite coming in at almost 400 pages. Hessler is a dedicated teacher, even if he is still finding the voice that is so clear in later books like Country Driving: his tendency to mimic repeated Chinese adjectives can annoy, as does his repetition of turns of phrase that he himself admits are awkward and clichéd.  Despite his differences from most of the volunteers I served with — I didn’t know volunteers who went to church, for starters —  the experience is broad enough to resonate with Peace Corps volunteers removed by a decade and thousands of kilometers.

For these reasons, River Town succeeds more as a Peace Corps memoir than as a straight-up China travelogue. Hessler mentions how the one group he connects with the least are the new moneyed young males, arrogant, self-assured, and decked out in garish styles. Macedonia had a similar class — pretty boys with shaved armpits, garish faux-designer sweaters and fast cars, who would eagerly give you a lecture on how much money you could make doing whatever your Peace Corps job was back in America. Like Hessler, none of our group were really friends with this chunk of society. I’m sure large chunks of the rest of the developing world have their analogues as well, even if the stakes may be far higher in ever-growing China.

The book is not without its flaws. Despite being the ultimate Peace Corps book, meticulously chronicling the whole two years of hardships similar to volunteers all over, what I ultimately didn’t like about it was that Hessler’s problems all seemed easily resolved, leaving perhaps some vague sense of discomfort but nothing more.  Largely, his experience is one of positive, self-enriching activities. He rises early to write every day. He diligently masters Chinese without major frustration and speaks exclusively in it. He goes to church and give the church money. He meets crazy desperate women and whores, and nobly turns them down. He participates in macho Chinese drinking, but realizes it is wrong and boring. He cheerfully gets his students through Shakespeare and other English classics, even getting them to perform plays. He is a dedicated runner whose only issue seems to be grappling with American competitiveness.

Too much of this can make the author come across as sanctimonious at times. He tangles with all manner of foreigner-in-a-developing-country issues, but he almost always rationally and calmly makes the right choice, and even when he doesn’t, the consequences are banal: he almost gets into a fight with an ignorant villager, but just walks away after humiliating the guy. I was cheered to see that even the best volunteers almost got into fights with annoying villagers after a year and some of taunts and unwanted attention, but it might’ve been interesting to read about the Peace Corps volunteer who didn’t always make the right choice or who made bad friends.

Although I wasn’t expecting Hessler, who is largely realistic about the goals of his service, to adopt a pro-democracy viewpoint of either the humanitarian interventionist or neoconservative stripe, his judgment did seem off-kilter at least once, less for political reasons than the personal. But the personal is telling: at one point he meets a pro-democracy student whose English name is “Rebecca” and he dismisses him as a loser with a girl’s name, and after giving him an old Newsweek writes the kid off.  After a brief discussion about how this dumpy loser didn’t fit his image of the Tiananmen protesters as “noble characters,” he disappears from the book. Instead, he prefers the nobility of the party:

He was the only student who has anything like a dissident, and I remembered how I had imagined those figures before coming to Fuling. I had always assumed that they were noble characters — charismatic, intelligent, farsighted, brave. Perhaps that was the way it had been in 1989, and perhaps it was still like that in the bigger cities; but here in Fuling things were very different. My best students — Soddy, Linda, Armstrong, Aumur; the ones who were charismatic, intelligent, farsighted, and brave — those were the ones who had been recruited long ago as Party Members. If you had any talent you played by the rules; being a Party Member was good for your career, and in any case all of the students seemed to think that it was good to be patriotic in the narrow way that they were told to be. The image I had once had of the Chinese dissident had no reality in Fuling.

All I had was Rebecca — he was the only one, and he was a loser. He was a bad student, and he was socially awkward. He had no friends. He had a girl’s name. Some of these characteristics had conspired to set him apart, and in his bitterness his ideas had undoubtedly swung even further from the Party line. If there were big changes in China’s future, it was hard to imagine them coming from people like Rebecca, or, for that matter, from any of my other students.

I found the above passage recently reproduced on a blog with a strong nationalistic Chinese bent. (That’s nationalist in the present sense, not the 1949 Taiwan/Guomindang sense.) There are several problems with this, not the least of which is that the authors of such blogs using Hessler’s love of a winner to prop up their own idea that the true and good of China belong to the Communist party and that the marginalized and pathetic are ones who resist it. Of course Hessler spends an equal amount of time talking about how sick he is of the party’s ham-fisted attempts at controlling his school and the teachers’ interactions with students, but that is easily overlooked by the selective blogger.

Hessler does make a good point that being a Peace Corps volunteer makes a foreigner automatically marginal and thus attracts the local fringe element. This is definitely true: certainly Peace Corps volunteers attract both good and bad fringe elements. Sometimes the bad ones were the among worst – several of my colleagues and I had experiences with both categories. But most of the volunteers I knew, who were in-country for complex reasons of their own that might’ve included feeling marginal in their own country, always tried to lend a sympathetic ear to the good fringes. In my own town, my good friends Traki and his pal Ace, sons of a laid-off factory worker and a policeman-cum-hog-farmer respectively, were losers with bad grades who had taught themselves English from action movies. They wanted nothing from me but friendship and gave me just that and more in return.

Hessler’s ardent Chinese Communist Party students remind me of my Macedonian students who had what were called vrski — connections, most of which were with that country’s ex-socialist ruling class as well. They were civilized and the most “European” of my students, speaking usually excellent English well before I arrived, and I liked them — but they didn’t need any help. Mostly their parents had arranged decent careers and jobs for them, and they had little interest in things like scholarships to English-speaking universities and journalism clubs.

The students who were interested were indeed the marginalized — the Roma, the orphaned, the refugees. These were the students that eventually did move, get scholarships for their many talents — languages, computer programming, graphic design — and end up living and earning money abroad. Whether living in the West was ultimately to their benefit is perhaps another question, but I never had any doubt that working on the margins of the world I would end up serving the marginalized.