Zombie Rock and the Duke of Hazard 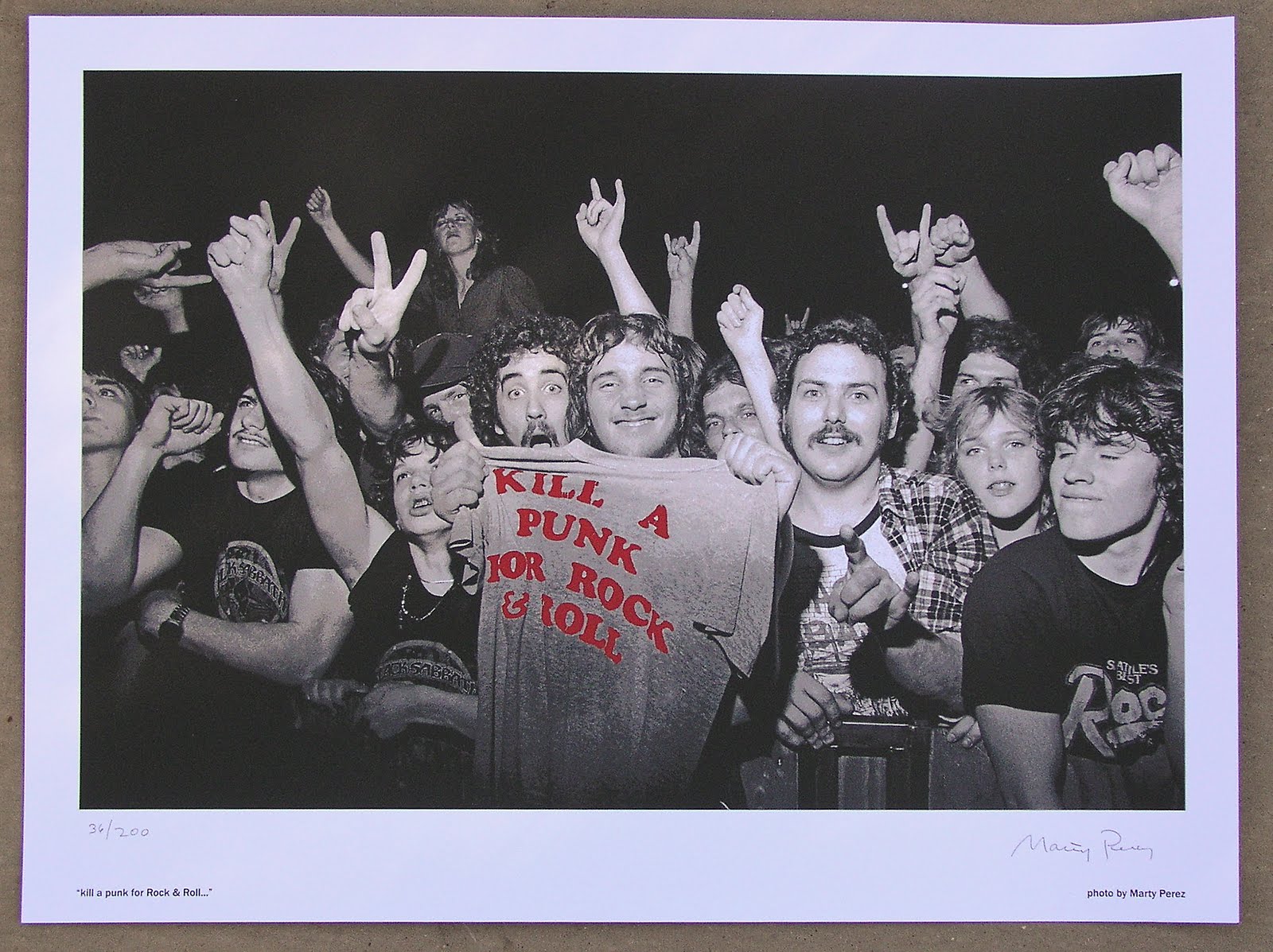 What’s going on with hipster music? It’s an interesting question. About ten years ago I wanted to write a piece for my local weekly, Baltimore City Paper, on how the fuzzed-out, overdriven indie rock of my youth, largely springing from the AmRep and Touch & Go labels, had been replaced by another genre with the same name but sporting not only a totally different style of music, but seemingly a different ethos towards life. They never bought my pitch and I moved on to other things for most of a decade.  In that decade, it seems like rebellion turned into reflection which turned into introspection which just devolved wholesale into whining.

This week we’re got the LA Weekly treating us to a pretty snarky, if not accurate, takedown of the 20 most annoying hipster bands. I take some issue with putting TV on the Radio, who treated me to a phenomenally energetic and sweaty set in London in 2004, on the list, but for the bands on the list I’ve heard, it’s spot-on. Beirut has the sound of a precious kid who just discovered world music, pilfering from the Balkans and the Middle East equally blithely. The Decembrists play the same sort of bland pop that was just taking over a decade ago. As for Black Keys, remember Jon Spencer Blues Explosion? People accused him of stealing from the black musical tradition (a silly premise, given how most of what’s good about American music comes from free-flowing musical miscegenation), but at least he smashed things and “fucked shit up.” Most of the music in the LA Weekly piece is more about image and solipsistic preening than the raw emotional release that blues, rock and punk are famous for. It’s a funny piece, but there is some anger in the last write-up, a takedown of Bon Iver:

What happened to us as a generation that this guy gets to bear our sonic torch? Those who came before us rocked, bumped and grinded. They exuded raw sexuality and riotous anger; sweaty human realism. They hoovered drugs or angrily rejected them, they humped strangers in club bathrooms in adolescent indiscretion; they broke shit, laughed, cried, partied on rooftops or in warehouses, exercised cultural demons and personal failures, made spectacles. We, instead, get a whiny guy who built his own studio in the woods; perfectly exemplifying that narcissistic hipster ethos of “Whatever man, I’m just gonna go over here and be chill, I don’t want to be bothered or have my mellow harshed.” Bon Iver coos the celebratory ballads of hip poseurs who refuse to get their hands dirty, that is, unless that filth is quaint and photogenic.

There are a couple of different issues going on with rock music lately — Sasha Frere-Jones is particularly trenchant in his examination of the lack of miscegenation in a New Yorker piece from a few years back. He also points out that “pop music is no longer made of just a few musical traditions; it’s a profusion of strands, most of which don’t intersect, except, perhaps, when listeners click ‘shuffle’ on their iPods.”

For this reason, Michael Jackson was the last pop star in the way that Kurt Cobain was the last rock star — there are so many subgenres and subsets now with the new media that it seems like it might be hard to have that one unifying figure. More to the point with punk and guitar music, one can see some kind of clear line between the fifties rebels, the hippies, the punks, and grunge/aggressive nineties loud guitar music. “Wild Thing” played really loud is a pretty great anthem no matter what decade you’re in, if you’re into guitar sounds. Black Flag covered “Louie Louie” as a sort of goofily, violently frustrated punk anthem in the eighties, and  the glorious Laughing Hyenas covered “I Want You” by the Troggs regularly — reclaiming heart-on-the-sleeve anger for the grunge generation from the MC5’s revolutionary fervor. A lot of the early punk sounds a lot more ’50s than ’60s. There was continuity.

Many of the bands slammed in the LA Weekly‘s piece emphasize style over substance, image over guts and cuteness over beauty. (Watch Nataly Dawn’s precious annoucement to her fans if you don’t believe me.) Even in deep in the underground this has been true for most of the last decade. For example, in my erstwhile home of Baltimore, bands were always high on the theatrics but there was also a core of good rock songwriting underneath — Buttsteak and Lee Harvey Keitel Band took pleasure in outlandish names and bountiful literary and philosophical references, but they were good musicians and songwriters, too. A bit later, Oxes dominated the Baltimore scene. They wrote instrumental math rock, played wireless, and their schtick was to run around the audience mugging. Seen once, it seemed to push boundaries — but seen more than that, it seemed like self-conscious schtick. Later still, Dan Deacon got huge with his whole Wham City collective, basing his style on audience participation and performance with laptop electronica songs.

Rock and roll’s death has been proclaimed many times, and each time it proves its resilience. Lately maybe it’s a bit zombified, to borrow from another hipster trope, by navel-gazing one-man shows backing themselves up. But some good can come of all this: one of more intriguing acts I’ve heard lately is Adam Brewer from Hazard, Kentucky who follows in the great tradition of other Appalachian hollerers such as Hasil Atkins. But this isn’t backwoods psychobilly — it’s raw rock and roll.  It seems like no one else in Hazard was interested in playing live with him, so his shows are him singing to a backing tape of his band, of which he is the only member, the Globsters. Some is abrasive noise in the mold of Slap-a-Ham records, but much of it actually displays a refreshing honesty laid over genuine melody; a shiny penny of a song emerging from a zombie-grave dirtclod.

Check out “Pretty Women” (“pretty women, rockin’ and rollin’, gimme a beer, I’m high as a kite”), “Freddy Krueger” (“I’m not afraid of Freddie Krueger, I am absolutely horrified by you/you’re the one/you’re the one that keeps me up all night”) and “Roll You Up and Smoke You” (“you’re so cute/I just wanna roll you up and smoke you/ we were sitting on the couch/listening to records/I just wanna pass a bowl and smoke it with my baby girl”) are honest youth anthems of rebellion, love and angst. Perhaps there is some hope for rock and roll after all.

Thanks to Johnny Cuba for the inspiration.

4 Responses to Zombie Rock and the Duke of Hazard