You All Want a Pepsi-Coke?

I’ve always enjoyed dialects, and I’ve had the good fortune to live in a few places with strong dialect areas, from Torlak to Veneto to Cantonese. But what about American dialects? Are we too young of a nation to really have them, as our transatlantic cousins might assert? I don’t think so.

I had fun with this dialect quiz today. Here’s my result, which put me squarely as a southerner, even if I don’t have an accent. 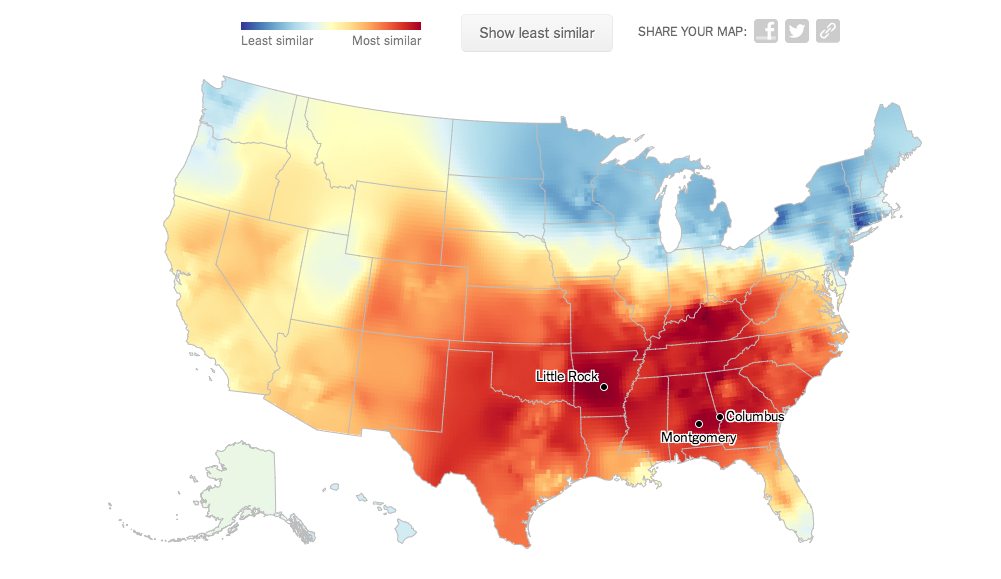 A Paducahan first told me that “you all” marks someone as a Kentuckian — here’s some statistical proof —  and the quiz reflects that. Each question seems to have a couple of very rare words or phrases that will mark you as being from a certain area. (This goes beyond the usual coke/pop/soda or sub/hoagie/grinder marker. Some of the words for tractor trailer or, as I said as a kid, 18-wheeler, truly baffled me.) For example, I always heard my North Carolinian grandmother call a rainstorm while the sun was shining “the devil beating his wife behind the door” — maybe not native to Kentucky, but a Southernism at any rate.

I got to the quiz via this write-up in the Washington Post about Joshua Katz’s map of where people say soda, coke and pop. I’m not exactly sure why the Post is running the feature now, when it seems like Katz’s maps came out a year ago, but they’re a lot of fun anyway.

Here’s a competing map and post. I think “dope” for a sweet carbonated beverage has likely died out, but I seem to remember hearing adults talk about it when I was a kid — “and over in Virginia, they call it dope.” One usage that gets omitted that I often heard in Eastern Kentucky is the combined “Pepsi-coke” — Pepsi being the brand name, “coke” being the marker for what kind of beverage it is. Then there is also the term “cocola”, which I could never get a read on — was the first syllable short for “Coke”? In the comments, the discussion about how to offer a stranger a non-alcoholic drink in abstemious Virginia is pretty fascinating.  Doubtlessly how we talk says a lot about who settled the area that we call home and what their — and our — values are. (Incidentally, why do so many southerners — including Louisvillians — get so revolted at the word ‘pop’? Quaint, yes, but nothing to get, uh, fizzed up about.)

Take the quiz yourself! There’s a longer form one here that looks like Dr Vaux’s original one that the NYT one was based on, but the maps have been disabled, so less fun. There are more questions, and more sample answers (including the aforementioned “cocola”), however, if you want to get an idea of what people all over the world who speak English call things like bank machines, water bugs, and sub sandwiches.

This entry was posted in america. Bookmark the permalink.

One Response to You All Want a Pepsi-Coke?