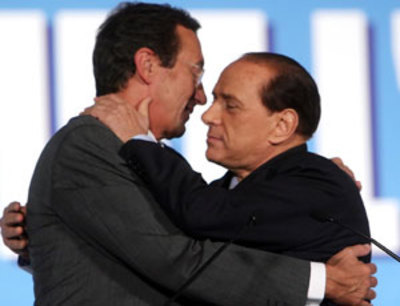 I realize how remiss I’ve been to have a blog on Italian politics without addressing, at least directly, the very acute crisis that Italian politics is going through right now. Angelo Panebianco’s front-page editorial in yesterday’s Corriere directly assigned the problem to factionalism. The following quote jumped out at me:

In the early ’60s, in the years of DC, Italian politics was judged incomprehensible by then-American Secretary of State Henry Kissinger. Things have not changed much. Why are Italian politics so opaque for voters? Because, in a democracy, transparency and the comprehensibility of politics is inversely proportional to the number of factions present in the game.

Well, I’d never heard that rule before, but I suppose it fits here. While not uniquely Italian by any means, it does encourage one to look back at one’s Machiavelli. I cribbed the following quote from Bufacchi and Burgess’s excellent Italy Since 1989 (in case those of you following my Twitter feed have been wondering):

Having carefully considered the subject of the above discourses, and wondering within myself whether the present times were propitious to a new prince, and whether there were elements that would give an opportunity to a wise and virtuous one to introduce a new order of things which would do honour to him and good to the people of this country, it appears to me that so many things concur to favour a new prince that I never knew a time more fit than the present.

What was true in 1513 and 1989 still rings true today. It is clearly time for a new prince, and how this unfolds will be interesting. What it will change, of course, remains to be seen, though — in many ways I feel that Berlusconi has become a sort of bugbear for the left (as evidenced by films like Videocracy, which is not bad in and of itself but which seems to ascribe far more sinister powers to the prime minister’s lowbrow TV shows). Will Fini as PM wake Italy up? He does at least boast a book and a think tank to his name — as well as, of course, the oft-cited fascist roots. We shall see.