If it had been in Italy… 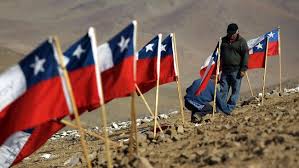 But it wasn't; it was in Chile. Grazie dio.

A student passed me this joke on the Chilean mine disaster, which also plays on a lot of other recent Italian news (Sarah Scazzi, Giancarlo Tulliani‘s house, the Naples trash crisis, the electoral crisis).  Mainly it’s funny, if you get it all.  Deep Italian current events, knowledge, sure, but enjoy:

If it had happened in an Italian mine, things would have gone like this.

Day 1: everyone’s together in an effort to save the miners. Live TV 24/7, Bertolaso on the scene.

Day 2: on Bruno Vespa’s show, a model of the mine, with Barbara Palombelli, Belen and Lele Mora co-hosting.

Day 3:  at the first signs of difficulty, the hunt for guilty and responsible parties begins. 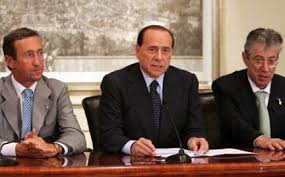 DI PIETRO: It’s because of conflicts of interest!

BOSSI: they’re all hicks; leave them there!

CAPEZZONE: It’s not a tragedy, is a great opportunity, and deserving of this government and this prime minister!

FINI: My brother-in-law has nothing to do with this.

Day 4: TOTTI: I’ll dedicate a goal to the miners. 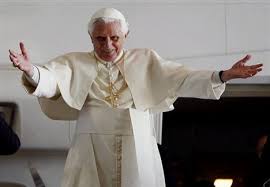 Day 5: THE POPE: Let us pray for zee miners who are in deez day wery close to the devil!

Day 6: With ratings falling, Chi l’ha Visto (Italy’s version of Unsolved Mysteries) does an episode.  Hostess Barbara D’Urso interviews the children of the miners: “Tell me, do you miss your daddy?”

Day 7-Day 30: All attempts fail.  Bertolaso is named worldwide head of civil protection. After a month, the miners get out by digging with their hands.

A year later, the 33 miners, fired long before,  are prosecuted for damage to the mine site.